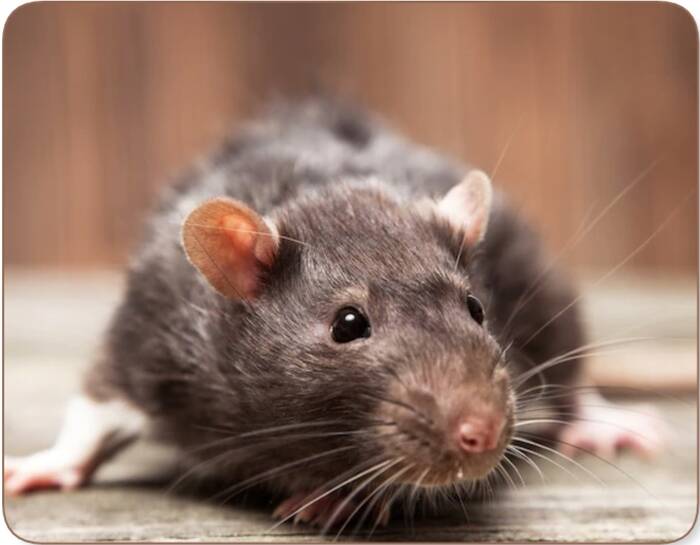 What are the 5 common diseases spread by rats to humans? How are these diseases transmitted? By bite or by something else? Are they deadly?

Here are a few answers to these questions.

I. Are Rats Dangerous?

If rats have such an unpleasant reputation, it is because they are dangerous to humans with whom they cohabit without their consent.

Indeed, when rodents invade a house, they damage all the objects in it except glass and iron.

They are so harmful that they destroy everything in their path. They can also carry pests and leave them on your furniture, which makes the situation more complicated and very dangerous.

It is well to remember that rats are great vectors of diseases and can therefore in some cases infect the inhabitants of the infested house.

Rats can be dangerous to human health, transmitting serious and deadly diseases.

In this regard, history and science can tell us a lot about the deaths of several million people from plague carried by rats during the last centuries.

The following descriptions will detail some of the diseases that are transmitted by rats and some other rodents of the same family:

Leptospirosis is one of the cruelest pathologies to catch from a rat.

Infectious and rare, it is caused by a bacterium that is harbored by animals, especially rodents.

This disease is found almost everywhere in the world with different degrees but it affects much more the countries with tropical climates.

It is difficult to diagnose because from one patient to another the organs are affected and sometimes even the symptoms differ.

How Can You Get this Disease?

It is in rare cases that the infection can be made by a bite.

It should also be noted that it can also occur through simple contact of humans with an infected rodent, via wounds or scratches on the skin, nasal, ocular, or oral mucosa.

Haverhill fever, also called rat-bite fever, is a very rare disease. As its name suggests, it is caused by a rat bite.

This disease affects only 10% of people bitten by this rodent, and the bites are so rare that the history of this pathology would be counted on the tips of your fingers.

The phenomenon affects much more people living in urban areas, especially in underdeveloped countries of Africa and Asia, and laboratory personnel who use rodents for their experiments.

How Does One Get Rat Bite Fever?

Haverhill fever is not only transmitted by rat bites, but also by the bites of other rodents such as weasels or coypu and even animals that feed on rodents.

The bite wound heals as soon as the danger is no longer visible, but after about 20 days the symptoms of this fever appear.

If the patient does not treat the disease, the worsening of the situation can kill him.

A plague is a disease transmitted by animals, in other words, a zoonosis, it is present in particular in rodents.

According to historians, the plague has killed millions of people over the past centuries, infected by rats.

The phenomenon responsible for this disease is a bacterium called yersinia pestis, which is named after the person who discovered it.

How do you get the bubonic plague?

Rats transmit these bacteria to each other via ticks. And when one or more rodents die in your house, these parasites leave the rats that can no longer serve as their host and head for the people in the house to feed on their blood.

And that’s how they transmit this disease to humans.

The first sick person in the household infects the other members, who in turn can infect their neighbors and relatives, we are talking about an epidemic.

4. Some Other Rat-Borne Diseases

Humans can be affected by other diseases transmitted by rats that are not well known. Here are some of them that we will briefly present to you:

Man can catch tularemia by being in direct contact with a corpse of one of these animals or even by ingesting in his mouth water or food soiled by the urine of these rats.

The Hantaviruses that are transmissible to human’s cause hemorrhages with renal and pulmonary syndromes.

They are found almost in the four corners of the world, Asia, Africa, Europe, and America.

Of course, there are other infections that we have not mentioned above. Here is the list of diseases transmitted by rats, including those mentioned:

How you get leptospirosis (Weil’s disease)

How Do You Kill Rats with Salt?