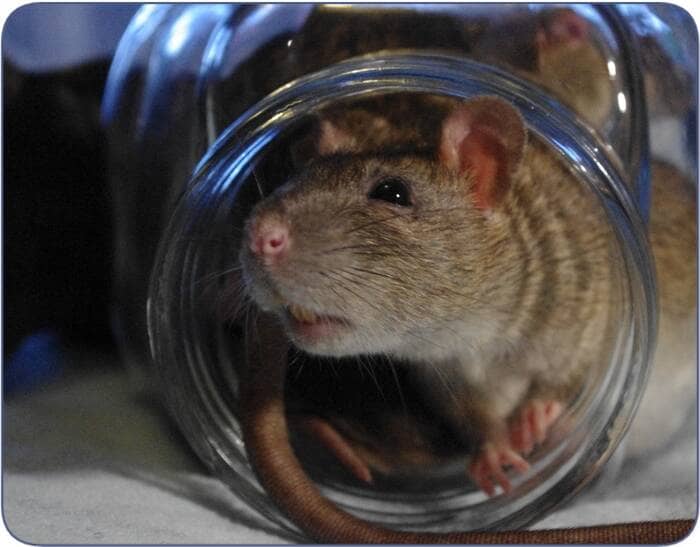 You might wonder what is the best home remedies for killing rats and mice to avoid using chemicals and save money.

Here are a few that will do the trick, surely getting rid of these rodents when they are in small numbers.

Otherwise, there are several traps that you can use in the case of a large infestation.

I. Do the Home Remedies for Killing Rats work?

Home remedies are the many ways for the different problems we may face in our daily lives, whether it be health or other problems.

These ancient solutions that have been handed down to us by the ancients are generally natural.

Within the framework of the fight against rats, we will speak about all the poisons that we can conceive at home with means that are there, obviously all-natural.

For the most part, when properly prepared, are formidable rodent killers.

II. Why Use a Natural Trap

Before we talk about the various tricks that exist to fight rodents without resorting to purchased traps, we will present the reasons that can convince you to use techniques designed at home.

First of all, they are less expensive than a store-bought trap. As a result, you can save money and still get rid of pests in your home.

Grandma’s solutions are usually organic and are not dangerous for you, your children, and your pets if you have any, unlike anticoagulant rat poisoners which can cause serious problems.

Finally, we must mention the time factor, some natural poisons can be made in just a few minutes.

On the other hand, if you don’t have the time to go out and buy a trap, you can easily make one in record time.

Several poisons can be made at home to kill rats. These are usually products that we already have, that are toxic to rodents, and that we mix with food.

We present to you the most effective and easy-to-do tricks:

Baking soda is a white powder whose functionality is versatile, especially the food bicarbonate that is used in the kitchen.

Indeed, it is not dangerous for humans but it is deadly for rats.

To make a poison with this product, it must be mixed with a food that rodents desire and that has a very strong odor, such as peanut butter or meat sauce, which is used as an attractant, and then put in a place where there are rats.

When the white powder comes into contact with the acids in the rodent’s stomach, the mixture turns into carbon dioxide.

Since the rat does not belch, it has no means of releasing the gases and dies a few hours after the operation.

If bleach can be fatal to humans when consumed, it is undoubtedly fatal to rats which are weaker than humans.

You can easily make a rodent trap with this product.

The principle is to mix it with food, preferably milk, which has a liquid form, adding meat sauce to easily reach the rat’s sense of smell but also to mask the very intense odor of javelina.

Once the trap is designed, you pour it into a container and place it in the corners or feet of the walls.

When the rat swallows the mixture, the tissues of its digestive organs will be damaged by burning. This will kill the rat after only a short time.

Indeed, the smell of the bleach should not reach the animal because it may repel it, but care must be taken to ensure that the liquid is in adequate quantity to kill it.

Rats do not have a digestive system like humans, which allows them to belch. In other words, to release the gas that builds up in their stomachs.

Indeed, when they swallow Coca-Cola, the gases which are created accumulate in their stomach and destroy their small stomach. This kills the animal after a few hours or days.

The paradox is that this soft drink is one of the most exciting foods for the rodent because of its sweet taste and its smell, which can reach the very refined sense of smell of these animals at several meters.

It is the easiest trap to set, just pour some Coca-Cola into a bowl, and put it near the holes that lead to their burrows.

If I tell you that plaster is a toxic material for rats and that when they swallow it they are doomed to certain death, you will tell me that they are not attracted by this product.

You are right. However, there is a method to mask its smell and make them swallow the plaster without realizing it.

The best-known recipe for making up this poison is to mix it with flour, and it is one of the best.

However, you have to be careful with the measurements. If you take one spoonful of plaster, you have to take two spoonfuls of flour. This means that you should always double the amount of the food in question.

When you have finished mixing the two ingredients, put them in a container and place it in a place where rats are likely to be found.

Rats are naturally repelled by places that contain salt. They instinctively know that it is toxic.

To make them eat it to kill it, we must find a way to mask it and hide its smell.

To this end, we can do like the previous tips mixing it with food that could attract the rodent and make him swallow the poison.

The stomach and intestines of rats have no means of digesting salt, so they die after a few days of poisoning.

You must be careful to put an adequate amount of salt and food to both attract and kill the animal, and never forget to put on gloves when preparing the trap. This is a remark that is valid for all anti-rat and mouse poisons.

It is possible to immunize your home against rats with very practical natural tricks.

However, certain products and foods do not attract them or even repel them.

These ingredients do not eliminate rodents, but serve as repellents and keep them away from places that contain these substances.

This does not guarantee complete immunity, but it is possible to minimize the damage and partially protect your home.

1. Repel Mice and Rats with Mint

Mint has a very powerful odor that is usually loved by humans.

But rats that are guided by their sense of smell and can smell it from several meters away, unlike humans, run away whenever they are near this plant.

If you have a garden connected to your house, you reserve a few squares of this space for planting mint.

You’ll minimize the risk of rats wandering in front of your door.

If you don’t have a garden, you can plant mint in pots and place them in front of the door, on windows, balconies, and even inside the house.

2) Use Pepper as a Repellent

Several spices can be used as rat repellents, but the most hated by these rodents is pepper.

It is available in the form of seeds or powder after processing.

The principle is to sprinkle all places that can serve either as paths or hiding places for rats with this spice.

It can be put in corners, feet of walls, behind furniture, inside holes, and even in the entrances and around the house.

The powder in question will reach the nose of the rats every time they approach it, and it will consequently keep them away from the house.

Between myth and reality, there is a great debate about the effectiveness of cats against rats. If many people believe that these domestic felines can kill rodent pests, there is some truth to it.

Indeed, cats that hunt rats are usually strays, because they are not assisted by humans.

But any cat can at least scare away rats, even those living at home.  Adopting one can somehow scare away the pests.

How to get rid of wild rats

What is the most humane way to kill pest rats and mice?

Rats have feelings too